I've been posting a bit here over the last year about my life as a practicing midwife.

It's been a sweet year. Filled with ups and downs.
It's nothing like I imagined.
And there are few things i would change.

If you want to continue following this adventure, follow me there.


Posted by labrador tea No comments:

i'm saying good bye to this blog as i transition in to my role as a community midwife.

you can follow as write about this new adventure at my new space: diaries of a prairie midwife


i've loved writing about my journey to becoming a midwife, and it's nice to know that the words i've written have touched people i've never met. hopefully, this next journey will be as inspiring.


Posted by labrador tea No comments:

great mother where are you?

"...the Transitional Council has approved your application for Restricted Membership & Licensure with the SCM"

and with that folks, i'm a midwife (with restrictions) in saskatchewan.

i've been quiet about the plans that have been brewing over the last few months. quiet out a sense of not wanting to tempt the fates. some strange superstition. but with this. with this, it's real.

i'm moving to the country to be a rural midwife. i've taken a position at a community hospital, starting march 3rd.

it sounds like it'll be a slow start with births and what not, which is fine. i'm used to being thrown in the deep end, so starting in the wading pool is just fine with me as i get settled into this new life.

i'm excited with the birth unit that is on the brink of being open. i'm excited about being integrated into the community.

i've been doing research into the history of the area, which has brought me full circle to my past career.

i'll be working in southern saskatchewan.

a friend recommended "a geography of blood" which was offered as an ebook through my local library. i've been eating it up. a bleak kerouacean tale of how "great grandmother" (queen victoria) settled the western front of canada, having to deal first with the local populations. all in the name of progress. john a. macdonald was canada's leader.

in researching the history of saskatchewan, the author delved into the archaeology of the area. archaeology done by former professors' of mine, and former work collegues. who ever said that midwifery has nothing to do with archaeology, never imagined i'd end up on the plains of saskatchewan.

promises were made all those years ago to provide education, health care and support in times of need to those who signed the treaties.

great mother, where are you now?

i'm entering this community an outsider.

i'm moving into a community that i don't know. i have fragmented ideas of what the social picture might look like. the health status. i know there is lack of access. i know that the women's health centre where i'll be working is thriving and a desired part of the community.

it's not far from where i grew up and it will be serving several rural ukrainian communities. communities where my aunts, my father, my cousins grew up. communities where the greyhound bus took me as a small child. but still. even settling into this area at the turn of the century. we are immigrants.

my great grandparents broke the land. they lived in a sod house. my grandfather was a farmer and general labourer that rode around on his horse and buggy. my fathers' family didn't have a car until he was sixteen. my family is from the land. but from the land in a very different way. most have moved to the cities and left that life in the roots of their childhood.

i'm moving into a community in which i have a lot to learn.

my goal is to work myself out of a job. for me. i'm happy just building relationships.

this is a time for reflexivity. time to identify my bias'. identify what i'm holding on to. and what i need to let go of.
Posted by labrador tea No comments:

one week left of my clerkship and i'm filing my application for a restricted licence to practice midwifery in saskatchewan.

still can't believe that i am really moving back to the province, but at every turn, the decision is reinforced that it is the right one.

i feel at home.

meeting people in clinic that i went to school with 20 years ago, and i get to be their midwife! couldn't ask for anything more.

working in a healthcare system that i wish everyone had access to, working to help develop midwifery here, working to create a model for implementing midwifery and birth back into small rural communities. this all feels right.

so i'm making my application and i've taken a job. i've found a place to live and i start in three weeks.

i'm not announcing where it is publicly until i'm in the building. i don't know. i suppose i'm in such denial that this is my new reality.

i'm afraid that is will burn to ash before i can really touch it. taste it. smell it. live it.

what will be, will be.

meditations for a sunday morning

i want to print these out and post them all over my house as a constant reminder. 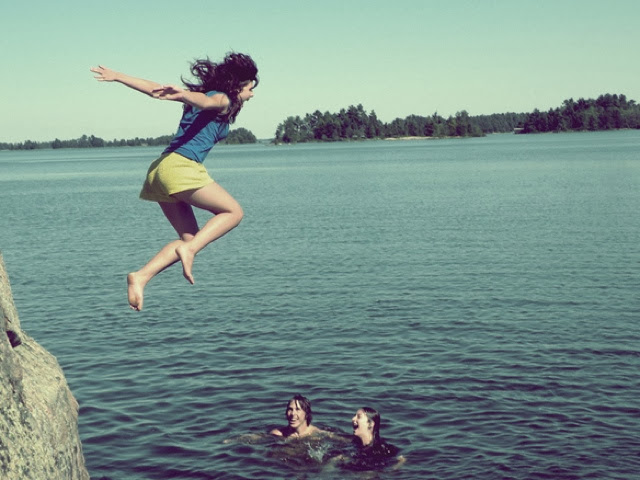 View my complete profile
I was brought to midwifery through a series of events that collided and made sense. Was it a calling? I don't know. But it is something that I feel compelled to do, as a service to my community, for my sisters.